Monday morning is hardly ever the best time to explore a new town. Shop-keepers and restaurants will sometimes take their slowest day of the week to close and that’s usually Monday. But we lucked out and still had a great time in several storefronts of Manistee on River Street.

The clouds were dark and the fog was thick on the streets when we arrived in Manistee. It was still pretty early (10am), and a lot of places were closed so we decided to take a walk along the Manistee Marina. We noticed immediately that the docks were decorated with dew-soaked spider webs. While we were taking pictures, a man on a boat pointed to the far end of the dock and told us the best ones were down there. It looks like we’re not the only ones to notice nature’s artwork. 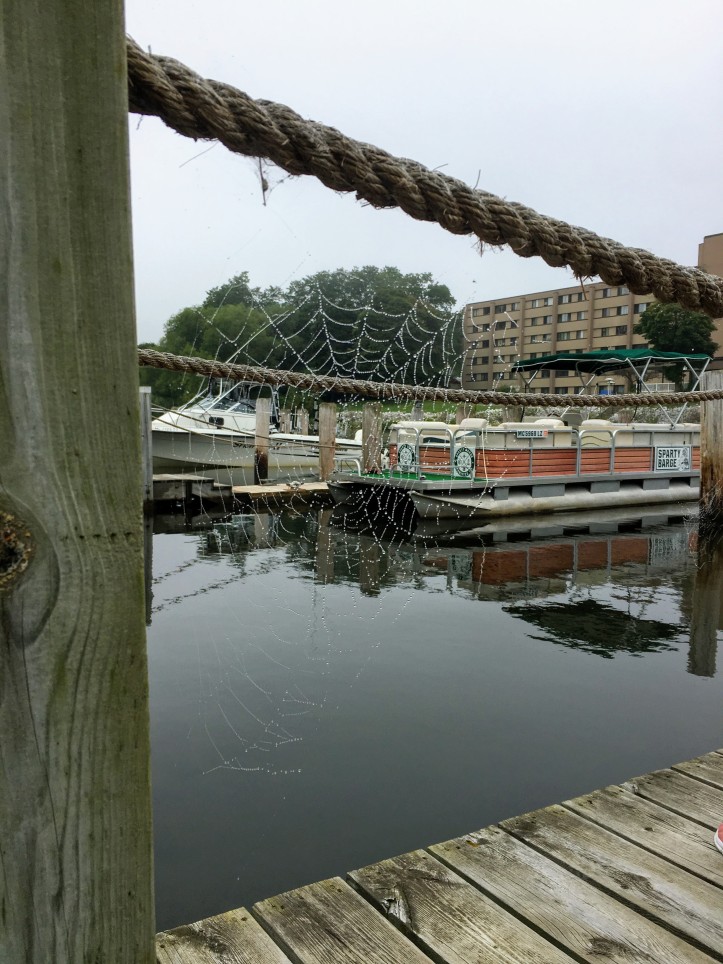 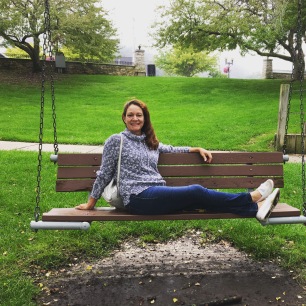 Once the stores began to open, we had a great time exploring several antique shops before our stomachs began moving us in the direction of food. We found this cool local taco bar, Taco Bout It and stopped for lunch. We sat at the bar, ate tacos and shared a local cider from Northern Natural. This is a definite A-plus stop if you’re in the area! We had a great time here so I hope this sleepy little town can put itself on the map someday as a real destination. It has a bit of a European air about it and could be a great place to spend time with friends after a day at the beach.

After lunch, the sun finally came out and we headed to Lake Michigan for some sun and sand. Spending the morning in Manistee made me think about how much we can pack into a single adventure and the value of following your nose. Maybe we can’t do it every day, but taking the time to ditch your agendas and go with the flow every now and then can really help you put life into perspective. 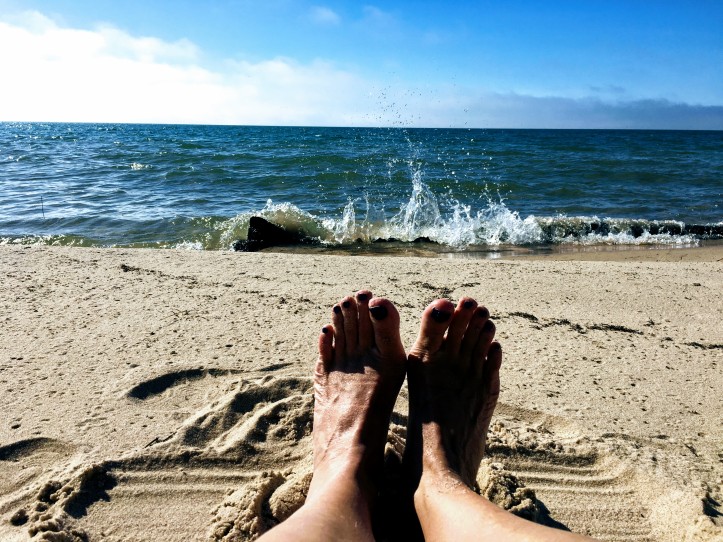 Tracy, A Girl on Her Own 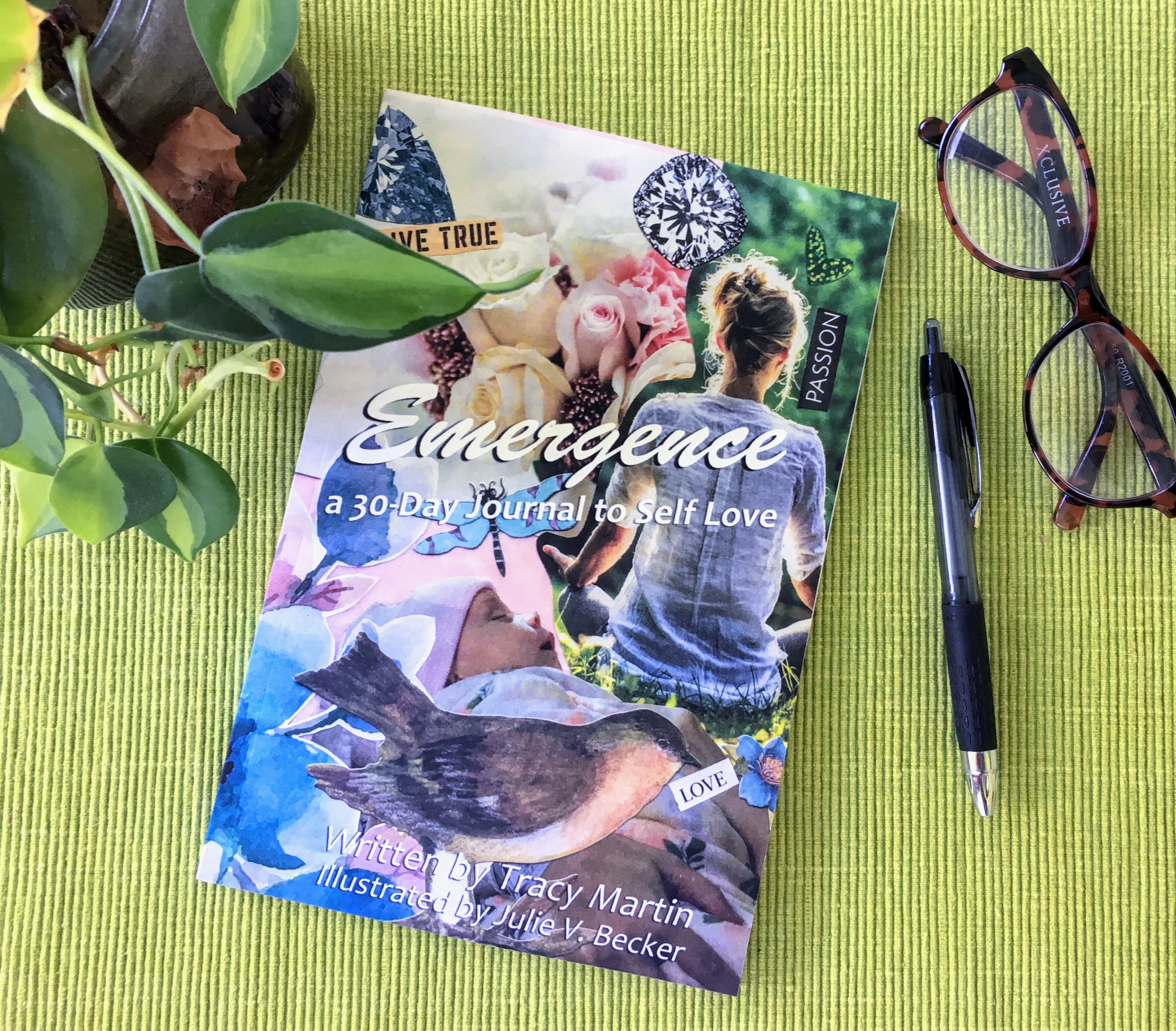