Benched from the Dating Game

Oh,… I’d say it was just a month after my last big break up when the books appeared, promising answers to finding real love. I thought I’d be learning the secrets of attraction and tips on how to keep things going smoothly forever…when in fact, over and over, I was being advised to focus on myself.

At first I shrugged off their advice, thinking, of course I love myself, that’s why I keep breaking up with the guys who can’t seem to commit. At least I thought I knew Mr. Right from Mr. Wrong! But when all the books seemed to share a common message of loving yourself first before expecting love in a relationship, I decided to at least try to see things their way.

It was tough at first giving up on the idea of finding the “right one” and instead considering that it might have been me and not not all the “he’s” that needed to get right. The books and online sites I was drawn to kept insisting the reason any of us were still single was a result of self-sabotage, not knowing what we wanted, and unconscious blockages to love in our lives. Whether it was all true or not, I was at least hesitantly ready to get responsible about my part in my failed marriage and a sparse handful of subsequent relationships.

I took to heart doing the work of releasing my negative feelings, I removed “blocks” to love, examined my destructive behavior, let go of the past, made lists of what I wanted personally, and what I wanted in a partner. I clearly defined the elusive ONE. For a long while, it was wholly discouraging – doing what I felt like was everything on my end and waiting for someone who never showed on the horizon. I was mad – everyone else seemed to be able to figure out this love thing…why not me?

What more did I have to do? More importantly, where was he?!?

After waiting a year, I gave up. I basically benched myself, deciding I could at least use the down time to focus on myself, to clarify my needs and what I really wanted in life. I decided right then and there to completely let go of any idea that a man would make my life complete. I told my best girlfriend that I planned to be happy alone if that’s the way it had to be. I was done “looking.”

I got busy with things I’d been wanting for years – I made promises to myself and kept them. In three short years I developed a better relationship with money. I landed a good job and became financially independent and free of debt. I started taking regular private dance lessons. I travelled to dance events and competed. I went on vacations. I found another, better job making plenty of money-doing what I love. I made a lot of needed improvements to my home and bought a new car. I made new friends and fresh goals. I essentially made life look the way I wanted it to. And then, I promised myself to stay true to my course, even if it meant swearing off men and their needs/desires forever.

And during those years, something unexpected happened to me. Instead of just allowing things to happen willy-nilly, I became a creative force in my own life. I MADE things happen…I proved to myself that I could in fact, with time, patience and persistence have what I wanted. It was so exciting, it got me thinking about how cool it would be for two people to be doing that together – what a cool partnership that would be. That’s when and why I decided to get back in the game – not just to “have a relationship,” but to build a partnership.

Honestly, I didn’t expect to be single that long. It was meant to be a temporary thing, a blip in the course of my life where I could get things straight, but the time turned into 5 years of living on my own, a pretty drastic situation had you asked me even six years prior. I certainly don’t think there was any magic that happened that’ll make this new part of the journey any easier, per se. I don’t know if I removed any blockages or dealt with my limiting beliefs or fears. To tell the truth, I’m still pretty terrified of allowing someone to share my life, something that I value even more now.

But when I gave up on “wanting to be in a relationship,” I did come to understand that I needed to get clear on what was most important to me in my life so I could focus on finding the kind of person I wanted to be and then discover who could already fit into that schema rather than trying to fit into someone else’s life story. If it hadn’t been for the time alone, I’d have never been able to create the kind of life I have now. I’m pretty proud of how far I’ve come and what I’ve been able to do on my own and I really hope it changes what I’m able to offer someone else,.. whenever he’s ready too. 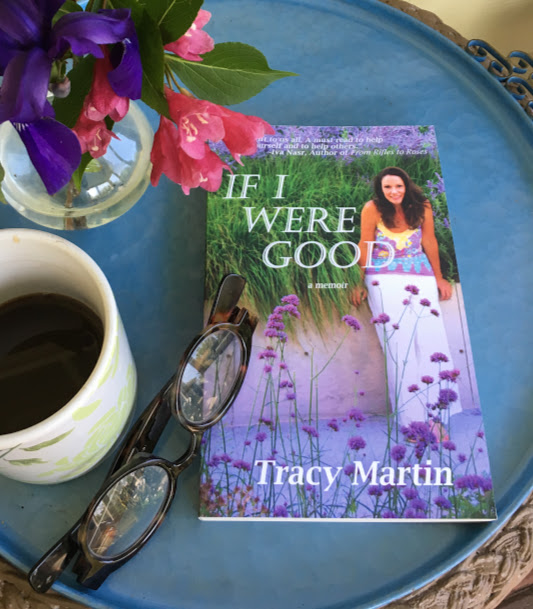